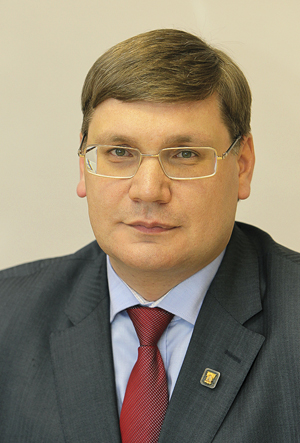 In 1999 he graduated from full-time postgraduate study of NRU MGSU, he defended the master's thesis, in 2003 he defended the doctoral dissertation in the specialty 05.13.01 – the System analysis, management and information processing (construction), on a subject: "Methodology of design of functional control systems of buildings and constructions".

In December 2013 Volkov A.A. was chosen and confirmed to the post of the rector of MGSU.

From the moment of establishment of MGSU of the category "national research university" by the Government of the Russian Federation in 2010 directs the Program of development of university for 2010-2019.

Professor A.A. Volkov – one of the leading scientists in the field of the theoretical bases and design of functional control systems of buildings and complexes, information technologies of design and management in construction, Professor Volkov is the acting head of the leading school of sciences of the Russian Federation "The theory and the analysis of systems in construction" ("The systems engineer of construction" professor Alexander Antonovich Gusakov), the author of a new conceptual paradigm in construction – "the intelligence quotient of buildings" (BIQ – Building Intelligence Quotient). 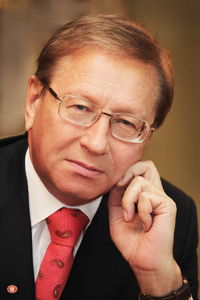 1970 - graduated from the Mechanical faculty of the Moscow Institute of civil engineers of V.V.Kuybyshev as the mechanical engineer.

In 1971 he passed to work in MISI of V.V.Kuibyshev, having begun with a position of the engineer of the research sector.

In 1978 he defended the master's thesis in "Technology of the organization of industrial and civil engineering".

In 1994 he defended the doctoral dissertation on the subject "Scientific and Methodological Bases of Design of Flexible Construction Technologies" in "System of automation design".

Since 1996 - the vice rector for scientific work of MGSU.

In December 2003 he was elected to Rector of MGSU.

In 2008 he was elected to the rector for the second term.

In 2013 he was confirmed to the post of the president of MGSU.

Under the leadership of V. I. Telichenko MGSU was among the leading technical university of Russia. In 2007 MGSU became the winner of the competition of Innovative educational programs. In 2010 MGSU has appropriated the prestigious category "National Research University" which opened new opportunities for development of construction science and education. 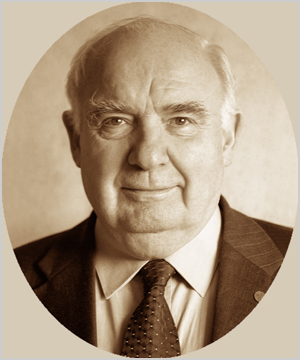 1954 - graduated with honours from the faculty of construction of MISI n.a. V.V.Kuibyshev.

1958 - defended his candidate theses, in 1975 - doctor's theses. Under his management and with his direct participation in MGSU a number of large scientific works on improvement of characteristics, to increase reliability and durability of the capital power equipment is executed.

1972-1983 - the dean of the faculty of hydrotechnical construction.

1991 - it is elected the President of Association of construction higher education institutions of the CIS.

1932 - graduated from Chemical Institute of technology in Odessa as a chemical engineer, the technologist. He worked in the factories of the defensive industry.

1935 - He passed to work to the Head department of fire protection of People's Commissariat for Internal Affairs of the USSR.

1937-1952 – the employee of the central research institute of fire-prevention defence, then the chief of this institute.

For his works in the defensive industry, he was twice awarded by the State award USSR. In 1947 in the group of staff of laboratory of photoelasticity of MISI for works in the field of research of tension in construction designs under the influence of dynamic loadings N. A. Strelchuk got the third State award.

1952 - the professor of the USSR higher Ministry of Internal Affairs officer school.

1953 - the professor of the department of safety measures and fire-prevention equipment of MISI.

1954 - He was approved in the associate professor's rank, in 1959 the Doctor of Engineering N. A. Strelchuk received the Professor rank. With his direct participation, the MISI-MGSU complex on Yaroslavskoye Highway was under construction. 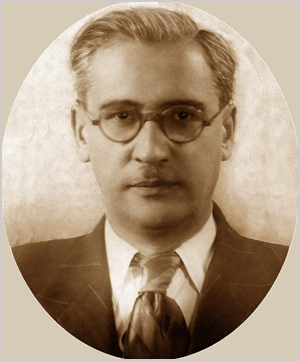 1924 - He graduated from the Leningrad Institute of engineers of means of communication and he was sent to the main aircraft fleet industry. He participated in of a seadrome in Leningrad. Since 1928 I worked in various construction trusts, projected industrial and civil facilities.

1937 - He passed to the leading work in the system of the state construction ministries.

Since March 1942 he began pedagogical work on the organization, mechanization and technology of construction production at Engineering and economic institute and after continued it in MISI.

For 1945-1946 - he was recalled to Germany as the head of the group of studying of the German construction equipment.

1947 - becomes a professor and the head of the department of economy and the organization of construction.

1950-1956 - the Rector of MISI and at the same time the head of the department of economy and the organization of construction which he headed up to the death in 1959.

1930-1932 - He studied in the Moscow highest construction school, then he passed

in the RKKA Military and engineering academy of V.V.Kuibyshev from which graduated in 1936 as an engineer-architect.

1931-1936 - He worked in MISI part-time, and from 1936 to 1941 on established posts of the teacher, deputy dean. In the years of the War, he participated in a construction of defensive objects.

1944 - the head of a teaching department of MISI and the associate professor of architecture.

1929 - He graduated from the Perm evening working university.

1933-1934 - the head of the group of engineers on the construction of Kamsky hydroelectric power station.

1934-1936 - the head and the chief engineer of construction of the plant of Dzerzhinsky to Perm.

1936-1938 - the chief engineer and the site manager of Zaporozhstal in Zaporozhye.

1938 - He passed to work in the construction education area:

1939-1943 - the chief of the main department educational institutions of Narkomstroy.

From September 1943 to June 1947 - the rector of MISI, the associate professor of construction production department.

1947 - Lazukov N.V. is appointed the deputy minister of the higher education.

1938 - He was appointed to the director (rector) of the Dnepropetrovsk institute of civil engineering. In August 1941 DISI was evacuated to Novosibirsk.

Since September 1941 - M. Yu. Korchemsky is appointed to the director (rector) of MISI evacuated to Novosibirsk by the people's commissariat of construction. In this he had been working till the return of institute to Moscow in September 1943. 1928 - graduated from the Moscow Institute of engineers of communication, having received profession of the engineer. He was sent to the USA for professional development, then he held an important post in Ministry of Railways.

Being the vigorous creative person, he managed to attract famous scientists to scientific and teaching work at the institute, among S. N. Stroganov, I.M. Rabinovich, K.N. Gorsky, etc. In a year after I.S. Zenkov's arrival the number of professors increased with 52 to 73 people, in two years the number of associate professors grew up with 90 to 170 people.

1935 – Eight prominent scientists - teachers of higher education institution achieve degree of the candidate, and the Doctor of Engineering without the protection of the thesis in consequence of help of Zenkov I.S. In May 1942 I.S. Zenkov is transferred to other work.

1945-1964 – He is engaged in the organization of the correspondence construction education. 1901 - graduated from the institute of engineers of communication in St. Petersburg.

1912 - began teaching the activity in construction and technical school of Moscow.

1921 - professor Z.N.Shishkin became the first director (rector) of Practical construction institute from what history of MISI begins. In this he worked till 1923. He taught in the Moscow highest technical school (in MGTU of N.E. Bauman) later, he was the head of the design department of Vodokanalstroy of VSNKh.

In 1930-1932 - the dean of office of water supply in the Educational and construction combine reorganized in 1933 in MISI.

He took the active part in the creation of the Moscow Institute of engineers of municipal services where further he passed to the main work, without losing communication with MISI.

© 19.01.2020 | NRU MGSU
In case of a reprint of text information and photos the link to the site of NRU MGSU is mandatory