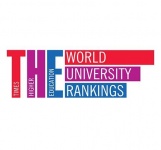 Moscow State University of Civil Engineering appeared first time in Times Higher Education Rankings 2022. We are on position 601-800 of more than 1600 HEIs from all over the world and 9th among Russian universities.
On September 2, British magazine THE published annual international ranking of the best universities in the world - THE World University Rankings 2022. It is one of the most authoritative indicators of success of higher education institutions in the world. 13 criteria are used for ranking preparation, such as: international cooperation, citation of scientific articles, income from research, and quality of education.
“Selfless work of teachers, researchers and employees of our university afford MGSU to be among the best universities in Russia and the world in 2021. High positions in ranking are important signal for professional community and industry regarding the quality of education and science at our university” said Rector prof. Pavel Akimov.
Vice-rector prof. Vera Galishnikova noted: “This year we managed to fulfill all conditions for entering THE ranking, and we deservedly took a high place: 9 among 60 Russian higher educational institutions. The main factor of participation was the long-term active publication activity of teachers and researchers. The citation index gave us 73.1 points out of 100 possible. I would like to thank the International Cooperation Department for the extensive systematic work with international rating agencies, which resulted in the appearance of MGSU in one of the world's leading university rankings
THE ranking includes 1,662 universities from 99 countries. Russian higher education is represented by 60 educational institutions, including Moscow State University, ITMO University, RUDN University, St. Petersburg State University.