MGSU AND BAUHAUS UNIVERSITY WEIMAR ARE THE WINNERS OF THE OPEN RUSSIAN-GERMAN CALL “RUSSIA AND GERMANY: SCIENTIFIC AND EDUCATIONAL BRIDGES”

MGSU AND BAUHAUS UNIVERSITY WEIMAR ARE THE WINNERS OF THE OPEN RUSSIAN-GERMAN CALL “RUSSIA AND GERMANY: SCIENTIFIC AND EDUCATIONAL BRIDGES”

Russian and German winners got online access to the event from the two studios: the Russian attendees accessed the Ceremony from the studio at NUST MISIS, Moscow; the German attendees got connected from the Berlin-Brandenburg Academy of Sciences and Humanities, Berlin. The Russian award certificates, signed by the ministers of the two countries, were conferred by Mikhail Shvydkoy, Representative of the President of the Russian Federation for International Cultural Cooperation, and Plenipotentiary Minister and Permanent Deputy Ambassador of the Federal Republic of Germany to the Russian Federation.

The awards were conferred on the winners of the Open Russian-German Call “Russia and Germany: Scientific and Educational Bridges” in a grand Ceremony. MGSU and Bauhaus University Weimar were among the winners. Our years-long project “Transdisciplinary analytical centre “Urban Infrastructure” was highly appreciated by the international commission of the Open Call. The Certificate of Appreciation was conferred on the project managers, including Nina Danilina, Head of Department of Urban Planning, Nikolai Makisha, Associate Professor, Department of Water Supply and Discharge, on the Russian side, and Raimo Harder, Department of Transport System Planning, on the German side.

Congratulations to the winners! 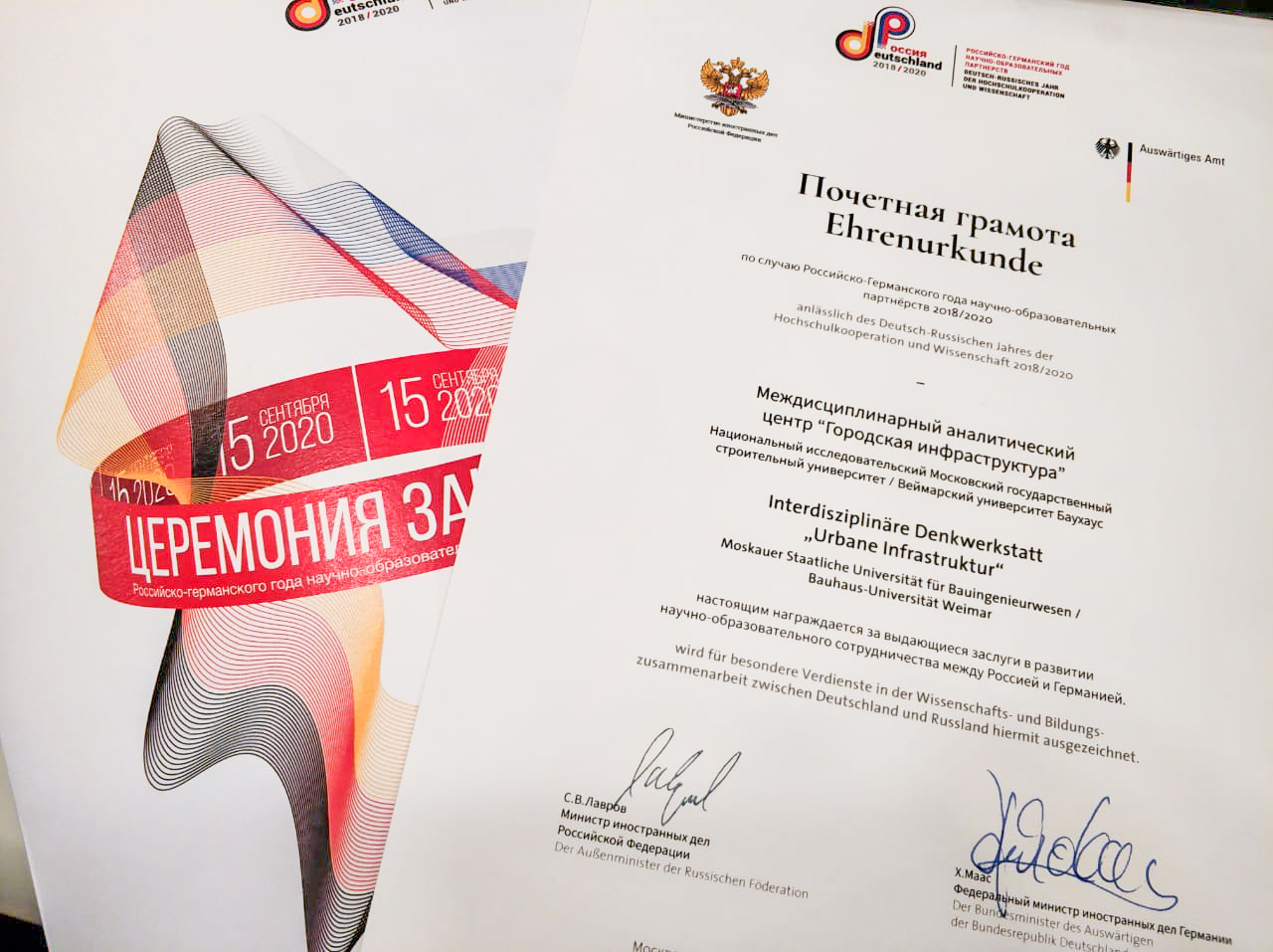