On October 10-11, the 3rd meeting of the 2019 Conference and the Presidents’ Forum of the Belt and Road Architectural University International Consortium (BRAUIC 2019). It took place at the National Research Moscow State University of Civil Engineering (NRU MGSU).

On October 10, a working meeting of the BRAUIC Consortium was held in the framework of which the report for 2019 and the plan for 2020, the Charter of the Consortium, as well as the venue for BRAUIC 2020 were discussed. The meeting approved the list of candidate universities to join the Consortium. Each candidate had the opportunity to represent their organization.

On October 11, 2019, the BRAUIC 2019 and the Presidential Forum were held in the Academic Council Hall. The event was attended by:

- Zhang Ailin, Chairman of the International Consortium of Architectural Universities "One belt – One road", President of Beijing University of Civil Engineering and Architecture (BUSEA), China;

- Gagik Galstyan, Rector of the National University of Architecture and Construction of Armenia, Armenia

The participants were welcomed by honored guests in the person of Valery Potsyapun – the Head of the Department of Public Service and personnel of the Department of Urban Policy of the city of Moscow. Valery Potsyapun read the greeting of Sergey Levkin, Deputy Mayor of Moscow in the Moscow Government on Urban Policy and Construction. Andrey Volkov read a greeting from Igor Ganshin, Director of the International Cooperation Department of the Ministry of Science and Higher Education of the Russian Federation. The Embassy of the People's Republic of China was presented by Mr. Cao Shihai, Advisor to the Minister. Valery Telichenko, First Vice-President of the Russian Academy of Architecture and Construction Sciences, President of NRU MGSU, prepared a welcoming speech too.

Part I of the event saw the signing of a letter of intent to join BRAUIC for new universities. In Part II, the participants presented their reports on the topics: Talent Cultivation Mechanism under the Framework of the BRAUIC and Scientific Innovations in Construction again with the Concept of "One belt-One road".

The working part of the program ended with the ceremony of handing over the flag of BRAUIC to the next host – YNCREA Hauts-de-France, France.

The whole event ended with an exhibition of student’s works of NRU MGSU. 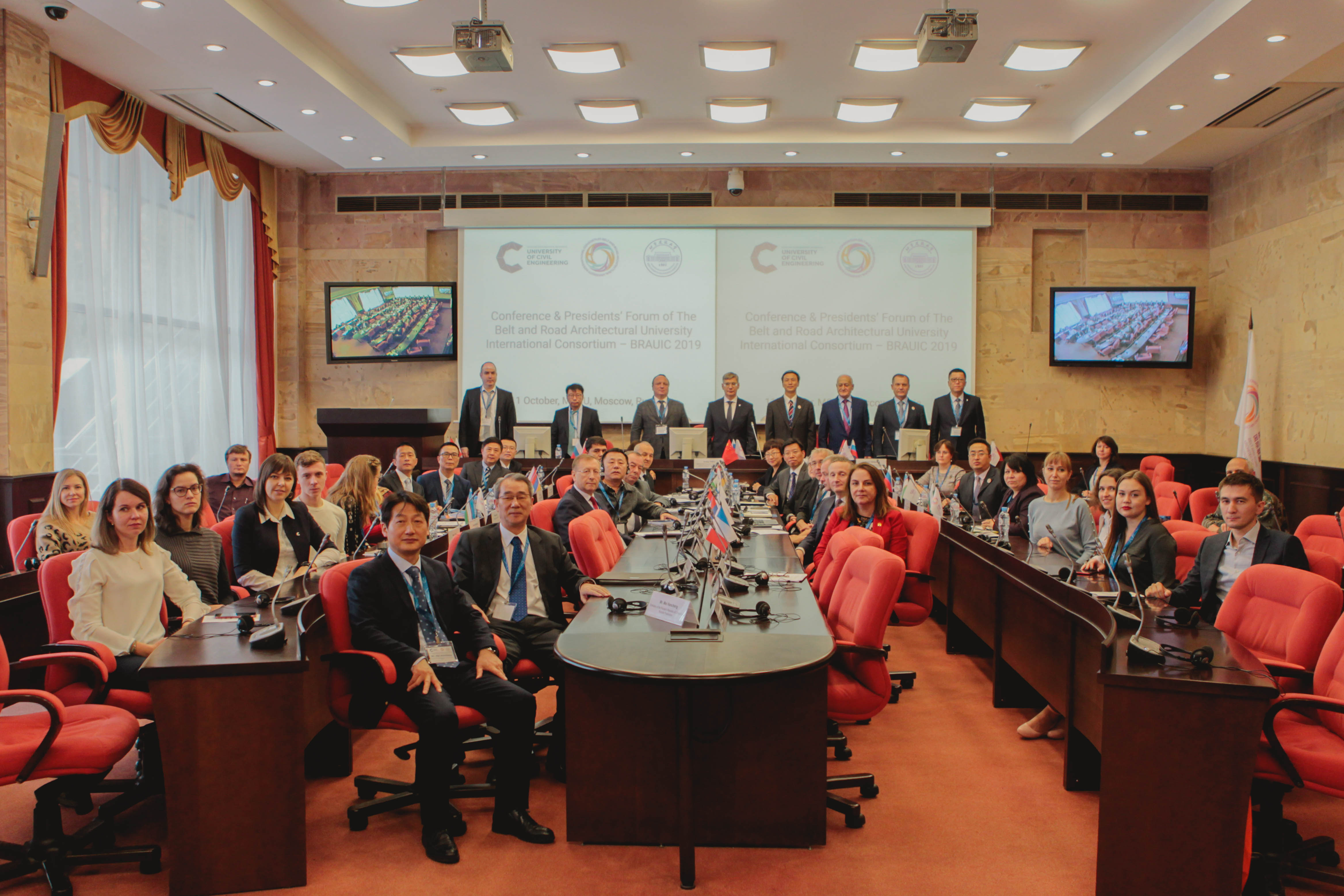