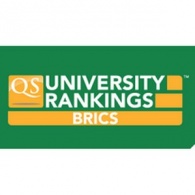 By drawing up a rating of higher education institutions of BRICS eight criteria were considered, including: the academic reputation, reputation among employers, a ratio of number of teachers and students, a share of employees with doctor's degrees, number of scientific publications concerning the number of scientific and pedagogical structure, a quoting of scientific publications, a share of foreigners among teachers and a share of foreign students. It should be noted that the rating of higher education institutions of BRICS represents independent research, but not selection of a world rating.
← Back to list
© 06.08.2020 | NRU MGSU
In case of a reprint of text information and photos the link to the site of NRU MGSU is mandatory